Writing various papers is not an easy thing. Many students face problems creating reviews, as it is necessary not only to watch a film and describe your emotions but also to follow the logical structure and pieces of advice on how to write a movie review. If you would like to boost your academic performance, you’d rather get acquainted with efficient tips and use them while writing to get a perfect result.

Any viewer has his/her own opinion. Therefore, in the review, it is important to convey to the reader all the pros and cons by expressing your personal opinion, because such a text guides the viewer when choosing.

Important Aspects To Remember While Writing A Movie Review

How to write a movie review is a frequent question of many people who want to create a perfect paper without mistakes to impress teachers. Make your view coherent and creative.

Remember the name of the movie. Sometimes a name is a kind of a symbol or a metaphor. Almost every film has its own slogan. The use of it will make your writing more interesting. The attractive and deep slogan could make the reader want to watch this film.

Avoid detailed retelling. As a rule, this reduces the value of your review greatly. At first, a long retelling will make your reader bored. This is thought to be an aspect of the weak review, as this won’t make the reader in all the film.

Pay attention to the composition of the film. This will help you will understand the sense and some hidden meaning of the situations. Divide the movie into logical parts and think why they are located in this way.

Evaluate the style and originality of the film. Think about individual and unique artistic techniques and things that differ in the movie from others.

Start the work on your movie with a short preparation that will help to create a great paper. The first thing is answering the question, “Why are you writing about this?”. Then guess what the name means. Find the main characters and think whether you like them or not, whether you approve their actions. Then consider the minor characters.

Take your time for plot consideration. Find the beginning, climax, and all the necessary parts. Try to analyze if the film reflects problems nowadays and if the events transfer some hidden messages. Draw a conclusion concerning them.

Don’t fail to mention crucial things concerning the main ideas presented by the director. Consider what they teach the viewers. Get data on whether the movie is based on a book. Compare them and find the differences mentioning what you like more.

Particularities of Movies to Pay Attention to

Each film has its own distinguishing features and characteristics which are loved by fans. Many people pay attention to the work of the director. The way the events describes is an important thing. Think about whether some crucial parts are avoided. Guess some aspects you would like to add. Compare all the movies of the director and try to understand the most common artistic means and main ideas.

Rate the script thinking about the predictability of the plot. Indicate whether it is weak, boring, or unpredictable for you. Characters and their play are the following aspects. Are their actions and reactions to the events logical? Think if you enjoy the level of acting and if you believe the play – the costumes matter. The characters require to wear appropriate outfits following the style of the movie.

The techniques of the operator and the camera job are necessary to be considered too. Not only them but also decorations and background elements create a special atmosphere and let achieve the desire and planned effect. Music and soundtracks are the things many people associate with the movie. As a rule, sounds describe the mood of the characters, the atmosphere, and sharp aspects.

Common Genres of Movies to Write Reviews About

The list of common genres for students to write a movie review includes the following:

The first popular genre is action. Generally, it doesn’t have a very complex plot, but it is still interesting. A happy ending is a must for such films. The main characters are common people facing everyday problems. “Evil must be punished” is one of the slogans of the movies.

The following movies are western ones describing conflicts between authorities and criminals. Each problem-solution is supposed to be followed by violence and shooting. Such movies reflect the atmosphere of the western USA, presenting the spirit of freedom and independence. Gangster movies describe the events of the 1930s in the United States.

Investigations, murders, kidnappings are essential elements of detective films. The view is supposed to conduct his/her investigation following the plot with the help of various hints. Dialogues, monologues, conflict of actions are all about drama. Such films include the history of the private lives of people and their problems. At the same time, tragedy shows how a person clashes with society and fate. This struggle ends with the death of the protagonist. While Comedy aims to make viewers laugh and smile, improving their mood, the plot of melodrama has a great number of emotional situations having contrasts such as good and bad, hate together with love. The name of parody tells for itself meaning parodying of something, for example, other movies.

Historical movie depicts some events from the past; at the same time war films includes war actions. Musical or operetta is full of songs and poems. Thriller films make the viewers exciting. They can cause anxiety, fear as well as surprise.

Principles of a Movie Review

Each review aims to describe the attitude of the viewer to the film. Each work causes the impression, so it is supposed to be mentioned. Each viewer of the film could mention whether he/she likes it, only writing of review requires not only simple opinion but also analysis with some proofs and details.

Capturing readers’ attention requires an intriguing and eye-catching title of the paper. There should be the name of the movie in the title created by you. Add some details to it and make it unpredictable. For instance, “Red Riding Hood is more than a little girl.”

Quality matters. Every person writes a review according to his/her point of view. So it depends not only on the general impression but also on the theoretical knowledge and some professional background with life experience.

Don’ts on How to Write a Movie Review

The Structure of the Review

Make your review as logical as possible, and try to follow the next structure:

The first part that is an introductory one, is supposed to reflect an idea. Here you need to put the data about the plot. Mention the mainline and characters. Don’t reveal all the cards, and don’t say how the film ends.

The following step for you is an analysis of the movie. Highlight not only but the main topics but don’t forget about background themes. Make a conclusion whether the main idea is described in the best possible way and whether it is still actual every day.

Thanks to the main part, the picture becomes logical and clear. Some actors could be mentioned here. Don’t fail to tell the details of all the plot. This could bring you the offensive nickname “spoiler.” Mention the most important constituents that are the following:

The first aspect is the beginning of the movie, presenting the picture of the conflict. It could be among the main characters or the main with the minor. Additionally, there is a description of the place and time. The next part includes the development of actions. The closer to the climax, the more tense the events. All this is followed by the strongest tension. It is used to excite the viewers and make them interested. It could be shocking and unpredictable. This is followed by falling actions. While everything ends with a resolution. The end means the solutions to main issues; sometimes, it could be unfinished due to the planning of one more part of the movie.

Your impression is the next aspect. Don’t rate it personally, but mention your general impression. The conclusion is the last part. Indicate whether the movie brings positive emotions to you if there are things to learn, and if the film is worth watching.

Valuable Tips On How To Write A Precis 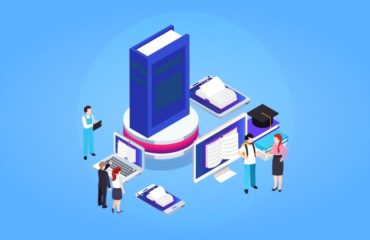 The Most Attractive Argumentative Essay Topics 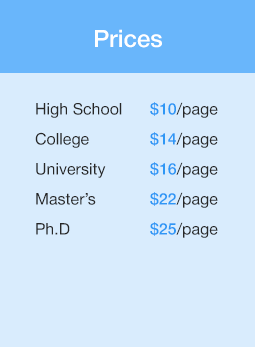